The Audio CD is alive – and well? 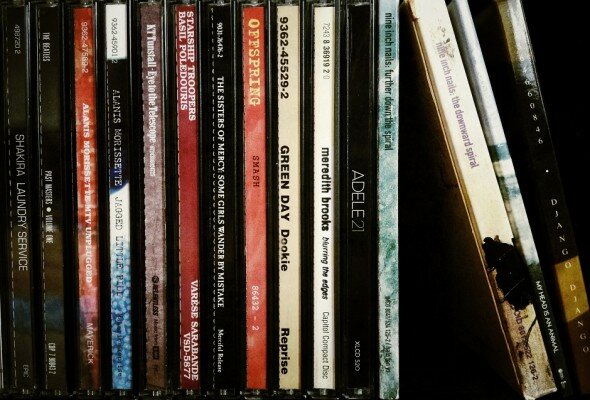 The human being is a lazy entity, always striving for the path of the lowest resistance. Businesses try to get the better of us by making use of this wisdom. They lock us into proprietary formats when we download movies and music via their paid services and we like to think that the services we use today will remain available forever in the future, making the same assumptions about the devices we use to consume those proprietary formats.

Nothing is further from the truth than that. As someone who is currently motivated by work to dive deeper into a new platform with its own set of proprietary formats which are not fully compatible with the platform environment I have been using for the past years, I am questioning the choice of online purchases that I make, asking myself if it makes sense at all to buy music online in a format that is tied to a specific platform. It doesn’t take a major event for Microsoft or Apple to go out of business and not support their own formats anymore. All it takes is for you, the consumer, to make the choice to not use them anymore and use something else instead and then you’re tasked with the challenge to rescue the investments you already made in digital assets – which you most likely don’t technically own, you just licensed them. The only way to protect your investments into movies and music you buy to own, is to choose a format which will outlast proprietary formats, the companies which invented them and the devices necessary to play them.

I have to admit that I used to spend money on download music at iTunes every once in a while. It’s convenient and a single album is not expensive per se, it feels very affordable and the process of purchasing on the same device you use for consumption motivates to make quick buying decisions. And as long as I consumed the music only on Apple devices, I didn’t bother any of the long term risks. However, now my device landscape at home has grown with Windows 8 and Windows Phone devices thrown into the mix. Looking for a long term common denominator that translates to all of these devices and solves other issues conveniently as well, I am turning back to actual hard-copy CD purchases as my only way to buy music.

It’s safe. A CD will last ages. It will outlive any of the digital proprietary formats and serve as a backup when hard-drives fail and devices get lost or stolen. I will always have the CD in my shelf.

It’s high quality and beats anything online. The CD is the perfect mezzanine carrier for music to be consumed on digital devices. It carries unparalleled quality and you decide which bit-rate you want to rip to your hard-drive and which codec and file format to store it in. Get a new device from a new manufacturer? Just rip the CD again according to the specifications the device supports best. You can rip your music as often as you want for as long as you want, the way you want. This is true ownership.

It’s cheap for what you get. A music album on CD can actually be cheaper than the download album in many cases, with more popular and up to date albums it might be a couple of bucks more expensive, but given you get better quality and something that is safer and carries less restrictions to it, it’s actually cheaper.

It’s not that inconvenient as it sounds. I order CDs from Amazon and it usually takes Amazon no less than three days to deliver. I can wait three days for an album if I really want it and if I think it’s worth owning.

The same is true for movies by the way. While the workflow of using DVDs as mezzanine carrier for ripping movies to disk is more complex and takes more time, movies online costs basically the same as the DVD (sometimes even more), do not come with all languages supported on the DVD and are tighter bound to the service that you buy them in typically.

Will this ever change?

It might. When hell freezes over. No seriously, there are some interesting developments out there. Amazon has a service that lets you download MP3 copies of music that you bought on CD. For movies, the UltraViolet service introduces the concept of buy once and use across various devices in your household. The implementation is sketchy though and distribution of this service is limited.

For fun, take a look at music sales in Germany for the first half year of 2013. More than two thirds of the revenue (including VAT.) are still made through Audio CDs in Germany. Personally, I plan to contribute to this for as long as Audio CDs are offered. 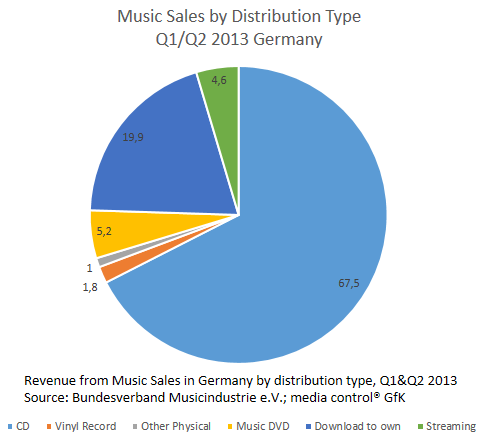