Someone is wrong – Perspective versus Focal Length 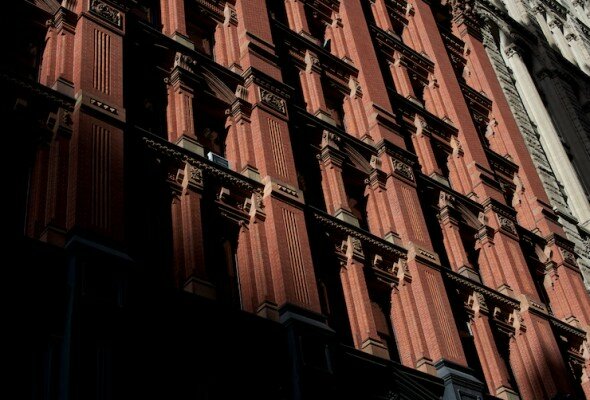 In photography, one of the most common misconceptions is about perspective, how it is defined and what alters or modifies it. Just search the Internet for a good definition of the term and you’ll understand where some of that confusion is probably coming from in an age where nobody seems to bother buying a decent text book anymore and resorts to free content online only as their only source of wisdom. Photographers tend to associate image properties mostly based on the equipment and its characteristics used – which is true for so many image properties but not perspective. Students of fine arts like painting or drawing have a much better understanding of perspective as they are not distracted and misled by their equipment and how it influences their image and more importantly – their formal education includes the proper basic theorems about perspective and the underlying math. It’s my firm belief that this understanding at the core of painting and drawing translates into a beneficial feature for photographers as well and even without knowing anything about a camera and its operation, a photographer can become better at his craft by studying on the same terms as a painter or sketch artist.

For those who want the ‘executive summary’ and don’t want to dive into my more thorough explanations, you can take it directly from Ansel Adams himself and rub it into someone else’s nose when they insist on sticking with their misconceptions about perspective and focal length:

“The perspective of an image is controlled by the distance of the lens from the subject; changing the focal-length of the lens changes the size of the image, but does not alter the perspective. Many photographers overlook this fact, or are unaware if its significance.” Ansel Adams, Examples – The Making of 40 Photographs

Adams explains the relationship (or the lack thereof) between focal length and perspective in his book “The Camera” as well. That book (and the other two of that series) should not miss from any photographer’s library.

So, what is perspective in the first place? In photography, just as in painting or drawing, using the term perspective we actually relate to linear perspective to be more precise. Both painting/drawing and photography “translate” a three-dimensional object into a two-dimensional representation. To introduce yet another term to help us understand perspective, the two dimensional plane we construct the image on, is called the picture plane. Let’s not use any photographic terms and keep it simple, so instead of a camera, the ‘device’ used to perceive the light rays reflecting from the object we want to translate from three-dimensional space into a two-dimensional representation is just the eye of the viewer. This setup, that illustrates the relationship between the eye of the viewer, the object and the picture plane is also used in the English language Wikipedia article on perspective. Take a look at this diagram and read the caption:

“Rays of light travel from the object, through the picture plane, and to the viewer’s eye. This is the basis for graphical perspective.”

So far so good. But we still don’t have an exact mathematical definition of what defines perspective. For that, I am going to borrow from yet another excellent book: “Viewpoints – Mathematical Perspective and Fractal Geometry in Art” by Marc Frantz and Annalisa Crannel. The basic perspective setup they use in their book is based on an x,y,z coordinate system that will allow us to define perspective based on actual points in space and their two-dimensional representation. As I didn’t want to scan and steal one of their diagrams, I made my own with a pencil, but basically it’s the diagram used in Chapter 2, Perspective by the Numbers.

The basic perspective setup as used in “Viewpoints – Mathematical Perspective and Fractal Geometry in Art” by Marc Frantz and Annalisa Crannel.

You can see my poor attempt to draw a Christmas Tree object in the diagram. A light ray is reflected from the tip of the tree at point P(x,y,z) and travels through space back to the eye of the viewer and crosses the picture plane at point P'(x’,y’,0). How do we calculate P’ and all the other points we need to complete the image on the picture plane?

The answer is the Perspective Theorom: Given a point P(x,y,z) on an object, with z > 0 (the object needs to be in front of our picture plane), the coordinates x’ and y’ of its perspective image P'(x’,y’,0) are given by

Deducting the theorem from the setup diagram and the assumption that the picture plane is at z = 0 is simple trigonometry. Buy the book or figure it out yourself (it’s not hard, just deduct x’ and y’ separately, abstracting from the dimension that has no influence respectively, so to deduct x’, imagine a  two dimensional bird’s eye view of the setup without the y axis involved and likewise for y’).

Take a moment to make sure you understand this before we move on to how this relates to photography.

So, back to our myth.   Or the variation of this myth: . Hopefully, the math savvy among you have already abandoned that myth.

The focal length of a lens, together with the dimension of the image sensor, defines the angle of view covered by this camera/lens combination. Can you already tell what changes in the above basic perspective setup diagram when you add the focal length as a variable?

The answer is simple: Changing the focal length magnifies the picture plane. The picture plane covers a greater area for wide angle lenses (negative magnification) and smaller area for telephoto lenses (positive magnification). If you enjoyed an education in basic physics and in particular physical optics, then you might remember that a focal lens is nothing else but a way to magnify an image. Changing the focal length on your camera only changes the “range of points“, limited by the outer x and y coordinates of the picture plane coordinates, you can capture. For example, in the basic perspective setup, a wide angle lens will capture a set W of perspective image points. Let’s change the lens to a telephoto lens, shall we? The reduced angle of view results in a set of perspective image points T. Mathematically speaking, T is a true subset of W with all points of T contained in W. In the real world, this is not 100% true but an approximation as we are limited by the resolution of our image sensor (either digital or film) and optics and we cannot magnify W arbitrarily. [That would be cool though, as we’d only need a single wide angle focal length and we’d have an infinite digital zoom that works without loss of image quality] However, and that is the important point I’m driving here, as T is a true subset of W and given we had infinite resolution in the perspective image W we took, we could just magnify and crop image W and the result would be image T. This proves that the perspective image taken from the same viewpoint with two different focal lengths is actually identical in the common set of perspective image points. Thus, perspective is not altered by choice of focal length.

We can rephrase that in many different ways to make it clear to everybody. Nothing that is associated with the camera or the lenses, no feature, no f-stop, no ISO, no focal length – none of that has an impact on the perspective. You could replace your camera on a tripod with a teddy bear and the teddy bear would have the same perspective like your camera. Perspective is only defined by the spatial relationship of two objects to each other.

You can try this out yourself and put theory into practice. Put your camera on a tripod and for the sake of comfort, attach a zoom lens (no, not a teddy bear). A standard zoom will suffice, any focal length range is OK. Take three shots, one shot at the shortest focal length available, on at the longest available and one in the middle. It’s important that you don’t move the camera in between shots. You can now load these images into Photoshop, Paint.net or whatever image editor you have available and layer all three images on top of each other, choosing the right magnification factor in between focal lengths. The result will be that the perspective will be identical in all three images as described above. A lot of people have done this already and presented this on the Internet. I trust most of you can use Google, Bing or Baidu to find examples, so I won’t even bother linking examples here. I already made a pencil drawing today, don’t expect me to deliver pictures too!

So, what about things like perspective compression with telephoto lenses? If you had infinite resolving capacities on the same perspective image from a wide angle lens and magnified the crop area for the angle of view covered by the telephoto lens to the same size, the image would be identical (bar image properties such as different aperture etc.) and you’d get perspective compression from a crop from an image from a wide angle lens. Check the math above, for that specific subset of perspective image points will be identical. It’s in the math.

It took some time to create this blog post and I hope it helps. I didn’t find a mathematical view at perspective in relation to photography myths, so someone had to do this.

Within every domain of knowledge, misconceptions thrive as myths, repeated so often that they eventually become “true”. In most cases, a reasonable person can look away when some idiot in an online forum states something that is ignorant or just wrong, but when professionals demonstrate their misunderstanding of facts and contexts prominently for many others to pick up the same nonsense and repeat it from there, a passive reaction is – for lack of a better word – unsatisfying. Personally, I’m the first person to understand that most mistakes in writing are honest, but when someone is proven wrong in a solid way without acknowledging the error, even more so as a paid teacher and instructor, that just irritates me.